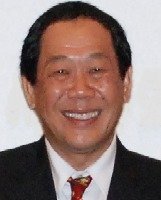 Well-regarded as the ‘Father of Coaching’ and ‘Sifu (‘Master’) in Coaching’ in Asia, Michael pioneered and uplifted the standard of professional coaching with the bringing in of the ICF brand of Coaching and has led its growth for the last 2 decades. He became the first ICF Malaysia Chapter President, the first ICF Professional Certified Coach and today an ICF Master Certified Coach who is among the few in the world with this highest coaching credential.

Guided by his vision, “Growing a Vibrant Coach Community in Asia”, he grew the ICF Coaching brand to become a household name with increasing number of professionals embarking on this route. He did this through many major initiatives, among them are the Malaysian Association of Certified Coaches, Coaching Standards, Coaching Camps, Coach Convocation, Coach Business Retreats, Coaching Song, ‘Stories That Coach’ blog, etc. He authored 4 Coaching books that have forged the Coaching industry forward.

Michael is the CEO & Founder of Corporate Coach Sdn Bhd, an executive coaching company based in Kuala Lumpur, Malaysia. He is also the CEO & Founder of Corporate Coach Academy (CCA), an ICF-ACTP accredited coaching school that transforms thousands of aspiring leaders every year into ICF-credentialed coaches to grow people in every field of development.

He is an Adjunct Professor of University Utara Malaysia, a leading local university where he brought Coaching into academic education.

Michael is a recipient of many coaching awards, among them are the prestigious Brand Laureate's ‘Icon Coach Leadership Award’ and the 100 Global Leaders' Awards that honour him for his Coaching contributions in the world.